Stability in Blockchains with Cooperation

The race about next Bitcoin has started, and Faircoin is among the frontrunners. A recent analysis in TECHCRUNCH  is asking about how to get a new digital currency stable. One approach is to start with a user base for which you would like to provide a service. The digital currency can then act as a crowdfunding tool and is transporting the brand.

Another approach is to be clear on values, such as cooperation. Here they mention FairCoin:

Ultimately, if a currency can pull all of the above off, the best way would be through bootstrapping the entire process. Bootstrapping, however, requires everyone within the system to believe in the currency far beyond the value that it can be traded for at the moment. A good example of this is FairCoin, which is part of a global grassroots movement led by the team at FairCoop. Here, their strategy is to build a large cooperative ecosystem, where every business cooperates to provide users within the ecosystem, maximum value, not simply because of the greater good, but because it helps create strong value propositions for using the currency.

They've got strategic partnerships in place all over the world that lets them have thousands of ATMs, official local exchanges in 25 countries, debit cards and other infrastructure benefits that make it easy for mass adoption. The nice aspect of this strategy is that they get to grow out a strong stable base without being in the limelight. The difficulty they will encounter is that they have to execute this plan mostly in the shadows, without marketing. This means that they will have to rely heavily on strategic partnerships rather than being able to sell the coin to raise funds. They will have to basically bootstrap this until they can attract investors that believe in the currency without looking at Coinmarketcap (which is only a representation of marketing efforts and influx of capital).

They say in the article, it is really difficult to hard fork a cooperative community that cooperates on deeper levels such as contractual obligations. Here we should think further, how we could establish a more tight relation among the FairCoin users, maybe beyond the participation in the Fair.Coop ecosystem. This should not be in contradiction with their conclusions:

The value proposition: a cryptocurrency that only goes up in value (when it is ready, slow and steady), that is cryptographically secure, has really low fees and has no governing authority.

No authority should be able to stop the chain. We should think of a kind of foundation, that is managing the brand, is incentifying stability and has the ability to fine-tune blockchain parameters, if needed on its long way forward. Thus minimizing any risk to fork. Well, we think that FaiCoin fulfills most of these conditions, and there is still room to improve our scoial design, descision making and technologies. 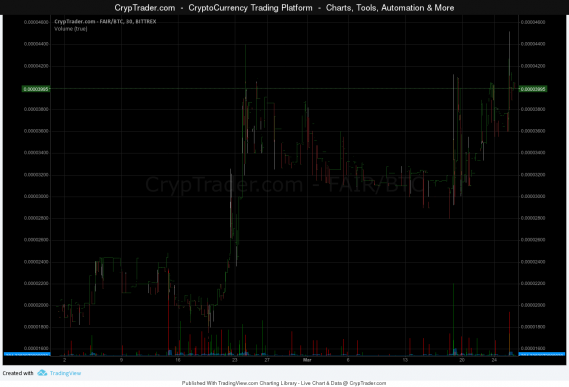