Crowdfunding for a better world

FairCoop is offering fixed exchange rates to merchants. However, as FairCoin is also listed on some exchanges, some people are also investing into the growth of its value. This makes it necessary, to adapt the official exchange rate from time to time by the decision of the FairCoop general assembly.

FairCoin is one of hundreds of AltCoins. 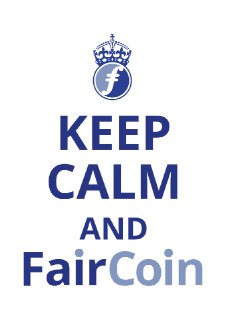 Compared to most other coins which are just capitalized by an ongoing blockchain bubble, FairCoin is connected to real values, e.g. on FairMarket and for exchanging goods and services at Local Nodes in many countries.  Our ultimate goal is that FairCoins are mainly used within the FairCoop ecosystem by people who support values based on a fairer world and economy. Only about 10 percent of all FairCoins are in the open market without a direct relationship to FairCoop.

In the FairCoin Economic Strategies group on Telegram or fairchat  we are discussing various aspects related to FairCoin value. How can we keep out speculators? When should we adapt the exchange rate? How can we incentivize people to use FairCoins? Here we list some aspects:

Pros of a price increase

Cons of a price increase

Therefore, a change of price is always considered with caution and should reflect the reality of the FairCoop ecosystem. For more than two years, the official exchange rate was set at 1:20 (that is, 20 FairCoins per Euro). In 2017, it had to be corrected several times.

Parameters for considering a price change are:

If you are interested in building a fairer economic system with us , then buy some FairCoin. If you just want to "get rich quick" and intend to "pump and dump" - please consider other AltCoins to speculate on. We prefer to keep speculators out and attract long-term investors that are in line with our core values and support our projects.

We have decided not to sign any statement wth Bittrex (because FairCoin is not an ICO) and got de-listed on their crypto-market on March 30th, 2018. Our strong community has bought 1,2 Million FairCoins the two weeks before this de-listing, which really is a powerful sign of real world usage.