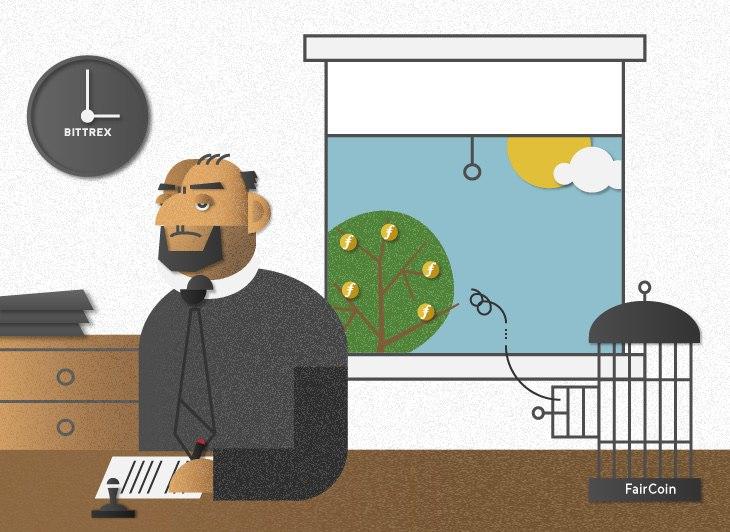 If you have visited the Bittrex crypto-currency exchange page you may have seen the message "The BTC-FAIR market will be removed on March 30, 2018" and we'd like to clarify the situation.

This was a political decision. Since this procedure has been proposed by some governments and exchanges, it is an attempt by the establishment and the capitalist system to control and tame something which was conceived as a free and decentralized p2p alternative to the official banking system. Bittrex made this decision after asking the FairCoin development team to fill out a form related to ICO-based tokens, from which FairCoin is radically different.

In short, the process was as follows :

Therefore, while it is true that most of the currencies and tokens on today's exchanges are mainly promoted by companies (or lobbies) seeking a quick profit, this is not the case with FairCoin. The FairCoop ecosystem and the FairCoin development team are committed to building a fair and grassroots economy, beyond the borders of capitalism and governments.

On the technical side: the blockchain, the FairCoin wallets and related software, the performance and the volume of currency on the exchange, are all working perfectly.

After these news, we are now looking for a market exchange with better synergies with the ecosystem. Meanwhile, the FairCoin real economy continues, protected from the volatility of the markets, thanks to our official price.

Thank you for continuing to build the FairCoop ecosystem with us!