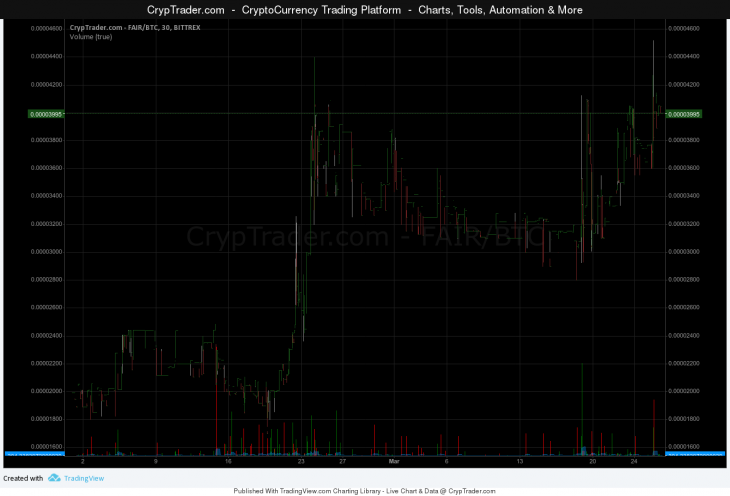 This has been a consensus reached through an open, participatory process of discussion. Not the invisible hands of the market, neither the authoritarian control of a central bank. FairCoin has achieved for the first time the milestone of an open assembly process deciding its exchange rate. We are very happy about this achievement, which shows that there is a different way to self-organize the value of a currency.

So, everybody needs to take the new exchange rate into account when making transactions, using FairCoin, from now on. As you may easily understand, this shift will benefit the entire FairCoop ecosystem and reward all of us who support and cooperate towards a fair economic system. However, most importantly, it greatly enhances our common reserve funds to support subversive and radical projects, as well as to expand the structures of the FairCoop ecosystem itself. Of course, our decision was not based solely on subjective criteria, nor was it rushed since it has been discussed for some time in the context of a more comprehensive strategy we are developing.

It is well known that FairCoin, compared to many other cryptocurrencies, is quite undervalued and our goal is to gradually acquire its true value, one that will respond to our dynamics. The FairCoop ecosystem is strengthened and expanded continuously with new tools, members, services, and local nodes. In addition, the recent course of the currency in cryptocurrency markets (e.g. Bittrex) has demonstrated this increased demand and confidence of the community so, although this is not the most important criteria, it was the best time to move on to this increase to its exchange rate.

Nevertheless, our ultimate goal is to make FairCoin a currency that will stand out from the rest, not for its monetary value, but for its qualitative features such as:

We consider this decision to be a milestone on our common course and it certainly fills us with power and will to move forward. Furthermore, we strongly believe that this won't be a singularity to Faircoin course, as its monetary indexes and -mainly- people's support from around the world is getting stronger and stronger every day. We call everybody who relates to our common values and ethics to join this thriving ecosystem and collaborate with FairCoop towards a much fairer economic system.