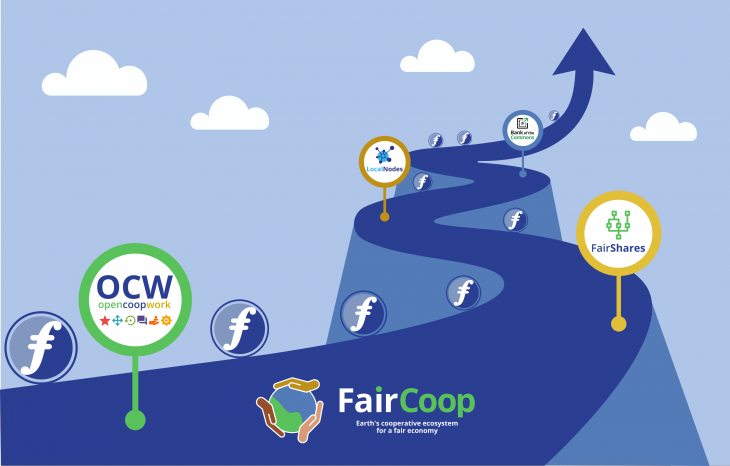 FairCoop, as a complex and pluralistic movement, has achieved more than simply the growth in price of FairCoin. FairCoop continues to connect with real people, in a real economy of sustaining local nodes, which is becoming more and more connected on common grounds, such as the fair trade of goods and services between these nodes. This is the practical and concrete side of our trajectory in the near term future.

In a context of crisis caused by the predominance of fiat currencies, subject to financial speculation by a few, the political issues surrounding the current situation, mainly in the Eurozone, make it abundantly clear that fiat money is no home for new ideas or radical solutions; on the contrary, such desires have to support themselves outside the fiat system. And the use of a cryptocoin (along with the support of local currencies, solidarity networks, etc.) provides the needed liquidity for a region to survive a decoupling from the official economic system and to orient itself in a more positive direction.

This is, for instance, shown in the fact of our collaboration with social movements in Rojava, where with technical support and political cooperation, we have used blockchain technology to raise and send significant amounts of money to this stateless region trapped under an unjust and illegitimate embargo.

So, what are a few other practical points to orient us in our progress for the near term future?

This has the potential to replace the current banking system, as well as enhancing services linked to digital currencies, making it superior to standard banking models.